Chip tuning is changing or modifying an erasable programmable read only memory chip in an automobile's or other vehicle's electronic control unit (ECU) to achieve superior performance, whether it be more power, cleaner emissions, or better fuel efficiency. Engine manufacturers generally use a conservative electronic control unit map to allow for individual engine variations as well as infrequent servicing and poor-quality fuel. Vehicles with a remapped electronic control unit may be more sensitive to fuel quality and service schedules.

This was done with early engine computers in the 1980s and 1990s. Today, the term chip tuning can be misleading, as people will often use it to describe ECU tuning that does not involve swapping the chip. Modern electronic control units can be tuned by simply updating their software through a standard interface, such as On Board Diagnostics. This procedure is commonly referred to as engine or electronic control unit tuning. Electronic control units are a relatively recent addition to the automobile, having first appeared in the late 1970s.

As technology advanced, so did the electronics that go into cars. The electronic control unit in a modern automobile, together with advanced engine technology, makes it possible to control many aspects of the engine's operation, such as spark timing and fuel injection. The electronic control unit may also control electronic throttle control (drive-by-wire), poppet valve timing, boost control (in turbocharged engines), Anti-lock braking system, the automatictransmission, speed governor (if equipped), and the Electronic Stability Control system.

Performance gains are realized by adjusting the ignition timing advance. Different timing may result in better performance. However, to cope with advanced timing, one must run high-octane gasoline to avoid pre-ignition detonation or pinging. Manufacturers design for a specific timing and this may limit performance accordingly.

In addition, changing fuel maps to coincide with the stoichiometric ratio for gasoline combustion may also realize performance increase. Most manufacturers tune for optimum emissions (running rich to protect the catalytic converter) and fuel economy purposes which can limit performance.

Cars with a turbo fitted can have the requested and allowable boost levels raised, these applications usually have the most effect if the turbo fitted is a low pressure turbo which leaves the most room for improvement.

Another reason to change the electronic control unit map is if there are engine, intake, or exhaust modifications to the car. These "bolt-on" modifications alter the way that the engine flows, often causing the air to fuel ratio to change. Without re-mapping the fuel tables, some of the performance gains from the modifications may not be realized.

A poorly tuned electronic control unit can result in decreased performance, driveability, and may even cause engine damage.

The most common way to "upgrade" the electronic control unit is using either plug in modules as mentioned above or using a specialist tuner who will use an On Board Diagnostics Flash tool. These devices generally plug into the diagnostic port although in some cases the reprogramming is done directly on the circuit board. Maps are supplied by tuners.

An alternative to modifying the on-board chip is adding an external device, often known as a tuning box. Tuning boxes work by connecting to certain existing sensors on the engine and manipulating the signal that they send to the car's ECU. The number of sensor signals that are intercepted will vary depending on the manufacturer of the tuning box. Generally speaking, at a minimum, diesel turbo tuning boxes will manipulate the fuel pressure signal and turbo petrol tuning boxes will intercept the boost pressure signal. The advantage of external tuning boxes is that they can be easily removed to restore the vehicle to standard and they leave no trace of being used. 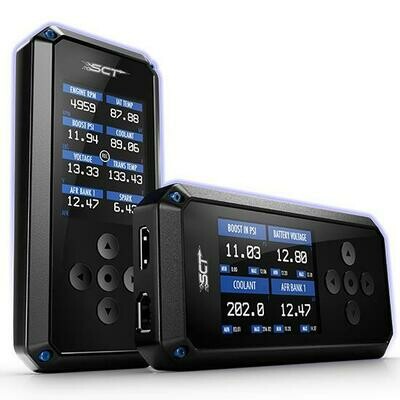 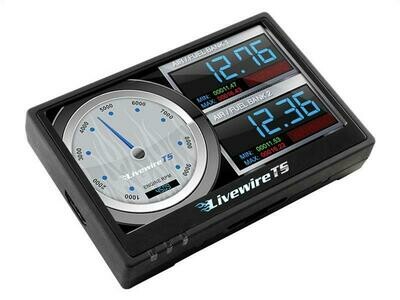 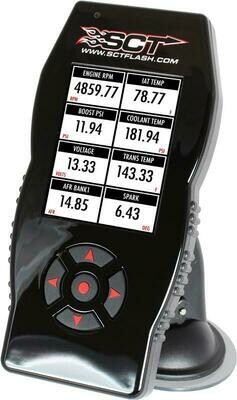